The Best of Luck 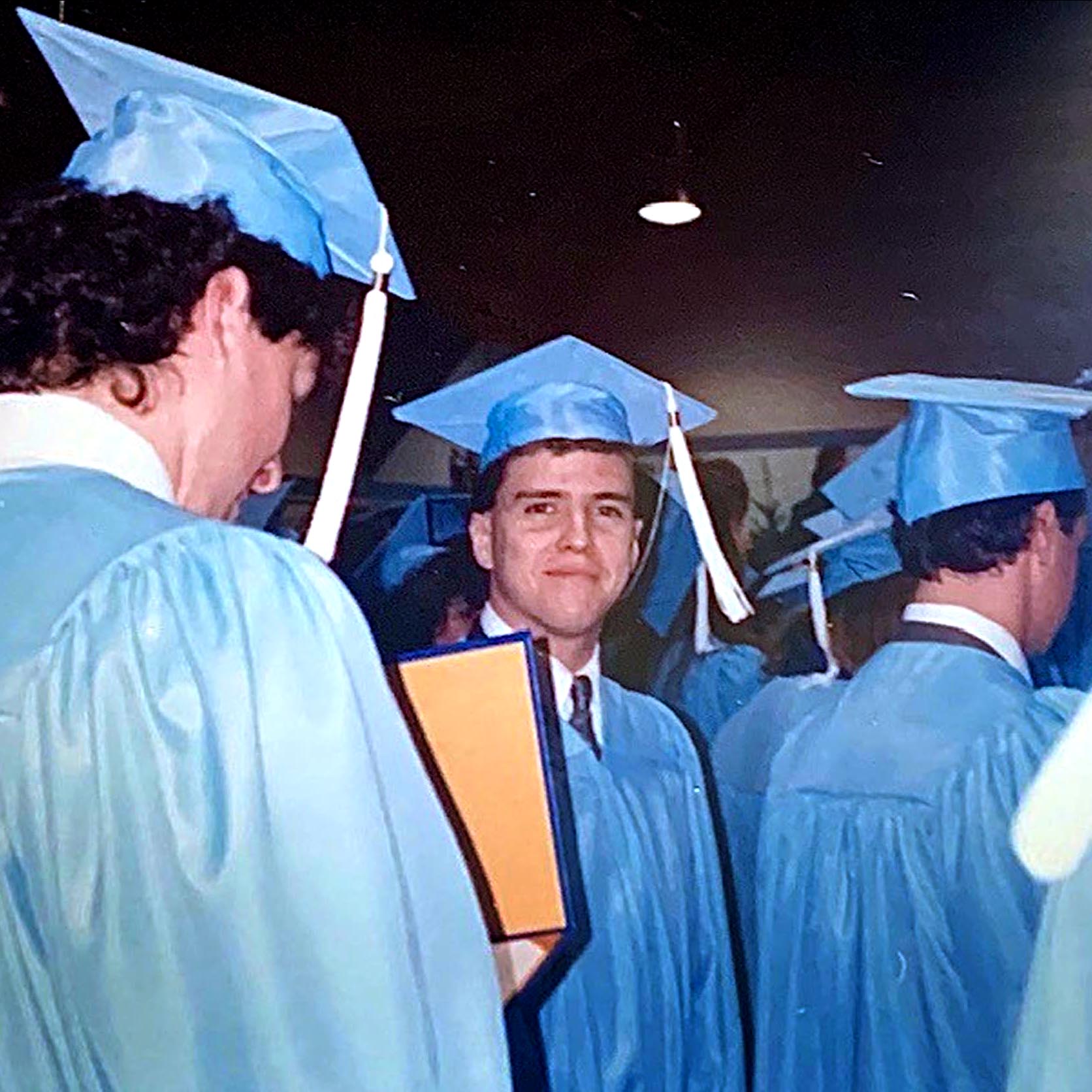 I gambled everything on the University of Delaware and luckily, I received my letter of acceptance on April 1, 1985. Thankfully, it was not an April Fools Day joke. I was lucky.

Before I applied, I thought of possible majors and what occupation I wanted to pursue. I can vividly remember sitting in my bedroom and asking myself “Well, what do you like to do?”. The only thing that came into my mind was art.

Ever since I was a small child, I loved to draw and enjoyed coloring with crayons. Finger painting in kindergarten was heaven on Earth to me at five years old. I wasn’t the best student in high school (a B- or C+ student at best) but I took art all four years and received straight As.

Art was always something I was naturally good at and both of my parents actively encouraged me, and I remember every compliment they gave me after I finished crude childlike drawings of Sesame Street characters when I was very young. “That’s good!” my dad would say. “Keep it up. You’re getting better.” My father was a talented artist in his own right who would always draw quick amazing doodles of cowboys and native Americans that I admired considerably. I wanted to be as good as him. Encouragement like that is important to a child’s self esteem and can become the building blocks to a successful career…if you’re lucky. A role model like that is priceless and he was a major influence on my choice of college major. I was lucky.

When I threw that Hail Mary pass to get into the University of Delaware, my high school guidance counselor Mrs. Gail Barber went to bat for me. I didn’t ask her to do this but she contacted UD and asked them to please consider my choice of major (Art) and my grades in art classes when making their decision. She also told them that my father had suffered from cancer during my freshman year and had died at the end of my sophomore year in 1983 – and that this fact may have been one of the reasons for my average academic record. They listened. I was lucky.

Before I had applied to UD, I lazily procrastinated (another dumb move!) and one day my high school art teacher Mr. George Shotzberger, who first exposed me to the art of painting, had asked if I had applied yet. I said No. Again. Having enough, he sighed and then left the art room returning two minutes later with a UD application from the guidance office. He brought it to me as I sat there goofing off and said “Here! Pick up your pen. OK, see here where it says ‘First Name’? Write your first name. Good. Now, where it says ‘Last Name’ write your last name”. He literally made me fill out the application right then and there – in front of his eyes. As an art teacher, he was instrumental in my later career and his caring kindness at this time was crucial. He was a father figure and I didn’t even know it at the time. I was lucky.

After I got my acceptance letter in the mail on that April Fools Day in 1985, the subject of “How are we going to pay for this?” came up. With another Hail Mary pass, I didn’t pursue any financial aid for my freshman year (The dumbest move!) but in my defense, I didn’t really know it existed. Maybe my high school told us about it, and I ignored it. I also didn’t pursue any scholarships – I figured I wouldn’t win any so why try. (Dumb!) In 1985, tuition to UD was approximately $125/credit hour. 3 credit hours a class. Tuition for a semester was $1,500 whether you took four or five classes. So, $3,000/year for the classes. Another $3,000/year to live in a dorm. That seemed like a fortune in 1985 to me and a single mother like mine. Living on campus was out of the question so $3,000/year was the magic number. My mother, who had always provided for me, did so again and paid for it out of her own pocket. There is no one on this Earth who has been in my corner longer than her. My biggest supporter, my biggest fan. I was lucky.

After graduating from UD, I’m happy to say that I worked ten years as a graphic designer for Bell Atlantic/Verizon and then ten years as a photojournalist for the Delaware State News. Now, I’m a professional artist selling oil paintings. I am lucky.

To any young people reading this, I beg you not to through any Hail Mary passes. Sometimes they’re caught but usually they’re not. I was lucky to have people like my parents, my art teacher and my guidance counselor there to catch mine and run the ball into the end zone and score.

Please take your SATs twice, apply to three or four colleges, fill out your college applications promptly, apply for financial aid and apply for many scholarships. In this story, the only thing I did right was to choose my major (I believe you should spend your days doing what you enjoy). I gambled on myself and won. Don’t be afraid to take that gamble – betting on yourself and winning is the greatest feeling in the world – just do it wisely and with lots of planning and preparation.

I wish you the best of luck.