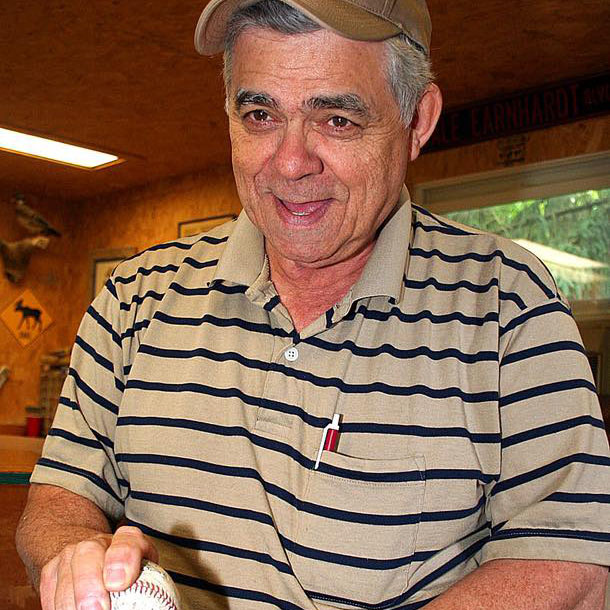 When I was a photojournalist, I went on thousands of photo assignments during my ten-year stint working for the Delaware State News. Some shoots were routine, some were boring, some were great and some were exciting. And one of them was incredibly special.

When you work for a newspaper, you never know what the day will bring you. It was kind of like a game. Sometimes I’d strike out, other times I’d hit a home run. The day could serve you up fast balls, knuckle balls, or even curve balls. You never know what path you’re about to take and you never know who’ll you’ll meet along the way as you round the bases headed for home at the end of a long twelve-hour day.

That incredibly special assignment was in July 2009 – drive nine miles north of my hometown of Smyrna and take a few photos of a man in his home preferably holding a baseball.

It was Paul Loder’s historic Odessa home to be exact and the photo shoot was for an article celebrating his induction into the Delaware High School Baseball Coaches Hall of Fame. He was an outstanding pitcher and was honored as a Semi-Professional Player, Coach, and Contributor. He later became a state trooper for the Delaware State Police and these days he’s a master wooden duck carver and a pretty good golfer.

I had no idea who he was that day…he was just another guy at just another photo shoot. Photo shoots of people inside their homes were easy, just a few clicks and I’d be out of there in minutes. Three swings and I was out.

But the idea of a local guy being inducted into the Delaware Hall of Fame intrigued me because my father, Harold “Luke” Chambers played baseball and softball in his youth and as a young adult he was a shortstop in the Smyrna-Clayton Softball League helping the Clayton Bears win a championship one season in the early 1960s. His nickname on the Bears was “Pee Wee” after Brooklyn Dodgers shortstop Pee Wee Reese. He loved the Dodgers, even after their move to Los Angeles, and we would root for them during the late-1970s. He would often talk about his favorite Dodger – pitcher Johnny Podres, who became the hero of the 1955 World Series, shutting out the New York Yankees in Game 7, allowing the Dodgers to finally defeat their crosstown rivals for the team’s only championship while in Brooklyn. 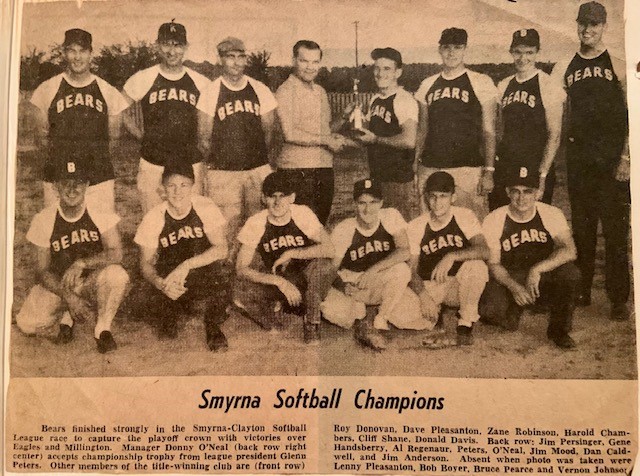 My father, Harold Chambers, kneeling, fourth from left, poses with his Clayton Bears teammates as they are awarded the Smyrna-Clayton Softball League championship trophy in a Smyrna Times newspaper clipping from the early 1960s.

During the shoot with Mr. Loder, he had mentioned that he also played baseball in the Smyrna-Clayton area in the 1950-1960s and I asked him if he knew my father.

He paused, his face lit up and he said he was my father’s best friend when they were kids. I paused and my face lit up. I couldn’t believe what I was hearing. My father died in 1983 when I was 15, so any connection to him and to the past touches me personally. I never got to watch him play ball as I was born in 1967.

Suddenly the photo shoot went from a routine assignment to a sit-down visit with a family friend. The only things missing were the peanuts and Cracker Jack. I didn’t balk at the chance to learn more about those good old days.

Mr. Loder then began to tell me how in the days when they were young men, people in the town of Clayton would gather at the local baseball diamond every weekend. Back then, television didn’t dominate people’s lives as it does today. There were no smartphones, computers, internet, DVD players, MP3 players or other distractions. People in small towns entertained themselves by having picnics and barbecues at the ball fields watching local athletes participating in America’s past time (back when it was indeed a popular past time). People of all ages would socialize, play musical instruments, and relax outside all day under the warm sun and into the evening under the stars. Local softball leagues are still popular today but back in the late 1950s-early 1960s, they were incredibly popular – a real community event. I just wish I could’ve watched my dad play the game he loved.

The Hall of Fame inductee couldn’t believe that out of all the photojournalists in the state, it was Pee-Wee Chambers’ son who was the one who came to his front door to take his photo for a newspaper article honoring his lifelong sports achievements. Life can be funny that way, sometimes you’re destined to get that special extra base hit for the win. Right on the sweet spot with the bases loaded. 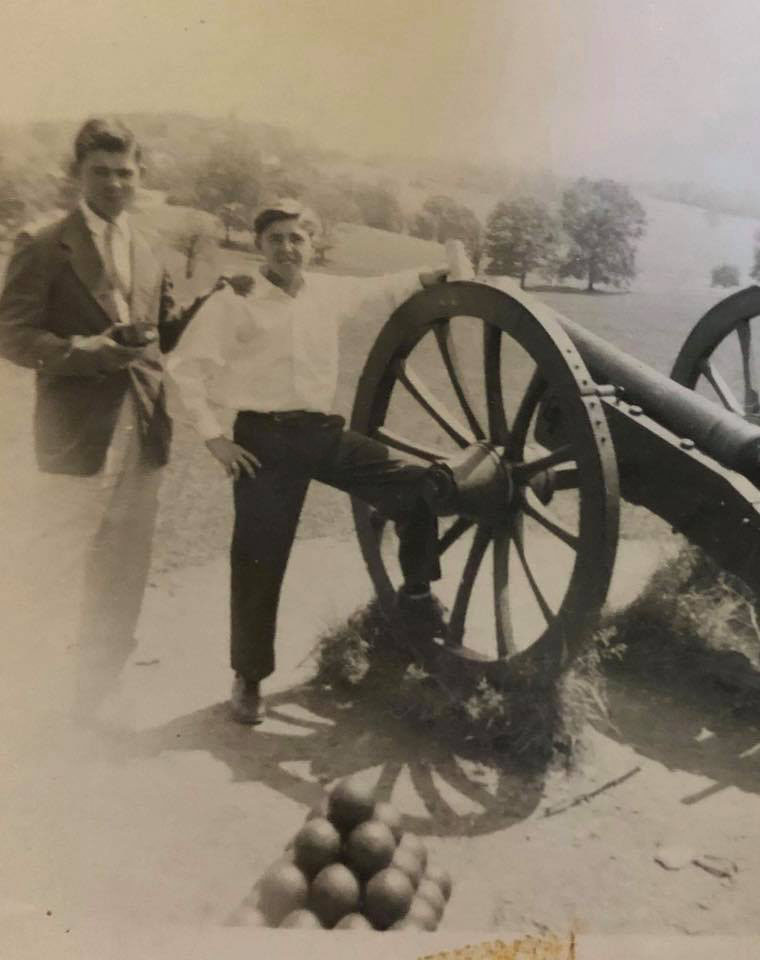 Paul Loder, left, and his best friend Harold Chambers, on a school trip to Valley Forge, PA in the 1950s.

What a great moment. No fouls, no errors.

In baseball, a double play is often referred to as a “pitcher’s best friend”. And I’m doubly grateful that I made a great new friend that day.

Life threw me a change up and I hit a home run that day. Just hope was my dad was watching me play.