Every Now and Then

nostalgia /näˈstaljə/
(noun)
a sentimental longing or wistful affection for the past, typically for a period or place with happy personal associations. 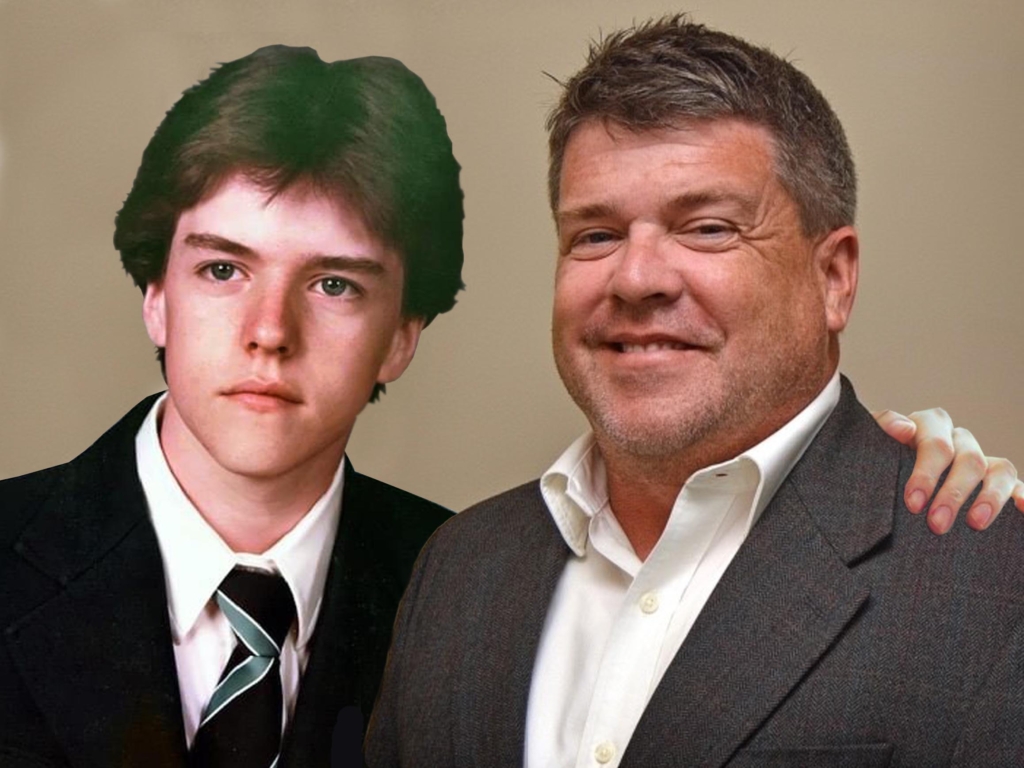 Dave Chambers, now and then.

Every now and then, you find yourself looking back. Looking back on life in “the good ol’ days”. The fun, the laughs, the adventures, the carefree days of youth, and the love.

But…were the good old days always good? Is today really that bad? If you could go back in time to when you were 18 years old, would you? And why does nostalgia seem to have such a powerful hold on our minds?

Yes, I’m a sentimental guy. Nostalgia is defined as a sentimentality for the past, typically for a period or place with happy personal associations.

But did you know that at one time it was thought of as a medical illness? It’s true. The term was coined in 1688 by Johannes Hofer as a way to describe homesickness because of its frequent occurrence in Swiss mercenaries who in the plains of Switzerland were pining for the landscapes of their homes. Symptoms were also thought to include fainting, high fever, and death.

By 2005, I had been out of high school twenty years and nostalgia was starting to get the better of me. Twenty seems to be the magic number for nostalgia. I don’t know why. In the Seventies, people looked back on the Fifties with fondness. In the Eighties, it was the Sixties, and so on. By the mid-2000s, thoughts and dreams of the mid-1980s filled my head. I had convinced myself that during the summer of 1985, only golden sunshine filled blue skies each and every day and there was never even the slightest chance of rain. Of course, that’s nonsense, but nostalgia has a way of playing tricks on you. In my memories of those mid-80s days, every day was filled with hysterical laughter and pure joy. Each day seemed to last forever.

“Everyday the future looks a little bit darker. But the past, even the grimy parts of it, well, it just keeps on getting brighter.” – Alan Moore/Dave Gibbons comic book series “Watchmen”

Every now and then, I think it’s only normal to feel this way. It’s a part of growing old. But by 2005 (around the time of my 20th year class reunion), I was determined to find the answer to my questions. Is it better Now or Then? Is life better Now? Or was it better Then?

One night I was all alone in my beautiful newly-built house after driving home from my lucrative dream job as a graphic designer in my luxury BMW. After changing out of my designer suit and eating expensive take-out, I set out to solve this equation with nothing more than paper and a pencil. I made a list.

A list containing every aspect of life I could think of. Where I live, what I eat, the clothes I wear, the car I drive, the music I listen to, the television shows I watch, the job I have, the education I have, the trips I take, and many more things. I filled both sides of the sheet of paper with all the things in my life. Everything.

Then across the top, I made two headings, Now and Then.

I went down the list and made a checkmark under one of the two headings for each aspect of life. Now and Then.

When I was finished, all the checkmarks were in the Now column. All but three. Those three were “Friends”, “Family”, and “Girlfriend”.

As you get older, you don’t have friends like you did when you were younger and your family begins to fade away into memories. And sadly, I am single.

My experiment proved to me that these three were what life is really all about. That’s why the “good ol’ days” seem to be so good. You can have all of the finer things in life but without friends, family and someone to love, they’re meaningless. Nostalgia is so powerful because of this reason. It’s often associated with a yearning for the past – its personalities, possibilities, and events. And the past is full of old funny friends, beloved trusted family, and holding hands with the one you love during long sunny summer days.

“Take care of all your memories for you cannot relive them.” – Bob Dylan

Every now and then, I think about when I was 18 in the summer of 1985. I drove my first car, a beat up clunker, to my girlfriend’s house every day that I wasn’t earning minimum wage at my first job, McDonald’s. I didn’t own any shorts. Not one pair except for some old denim cutoffs and I wasn’t going to wear those in front of her. So, I wore a Hobie bathing suit. Every day. The same bathing suit. She didn’t care. And neither did I. We loved each other and loved each other’s company. We were gloriously happy as we’d eat peanut butter and jelly sandwiches and watch MTV. Now, I have 15 pairs of shorts, all name brand…but no one to wear them for.

In a few years, I’ll be 58. I realize that most of you reading this are also of middle age and have many friends. You have families of your own with kids now grown into successful adults, and you’ve been married for over twenty years or more. Your lives are filled with fun and adventure. But some of you may be like me and don’t have those things. All we have are our memories. But that’s not the point.

John Lennon once said “all you need is love” and he was correct. The joys in life don’t come from where you live, what you eat, the clothes you wear, the car you drive, the music you listen to, the television shows you watch, the job you have, the education you have, or the trips you take. The joys in life come from the love you share with your friends, family and significant other. The ones you keep in your heart. The ones you keep in your memories. Appreciate them while you can. Life isn’t about how many pairs of shorts you have. It’s about being happy with the people who don’t give damn if you don’t have any at all.

Try and remember that…every Now and Then.

“‘Cause the good ole days weren’t always good and tomorrow ain’t as bad as it seems.” – Billy Joel

P.S. Congratulations! I just gave you the meaning of life.